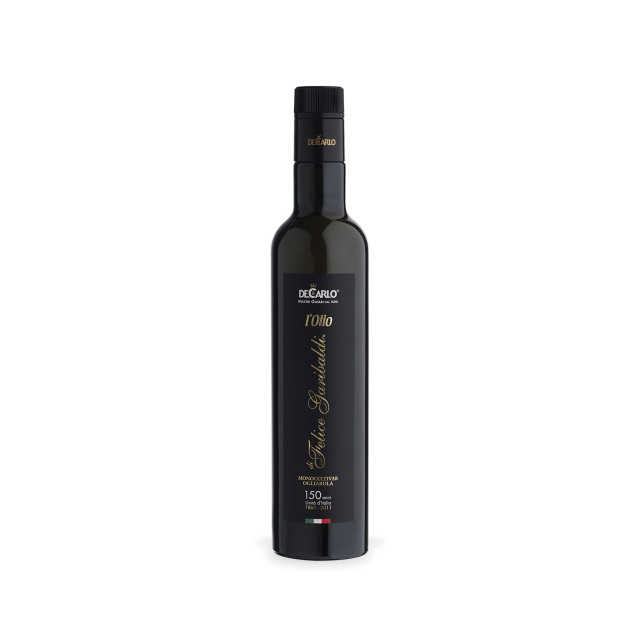 Award-winning olive oil producer since the year 1600 with 100% organic olives from Puglia, Italy.

This oil was first made in honor of Felice Garibaldi, brother of the "Hero of the Two Worlds" and a prominent entrepreneur in the oil production business. In 1835, Garibaldi realized the benefits of distinguishing and selecting trees by species, of harvesting the fruit separately and of not mixing the various qualities in the oil production phase: this approach was revolutionary for its time, and lay the foundations for a historic change that still reaps benefits today.

"L'olio di Felice Garibaldi" is a monocultivar oil that boasts Slow Food features; it is produced from 100% Ogliarola Olive Oil (Cima di Bitonto), and is harvested directly from the plant and then crushed within 12 hours of harvesting in the company's mill.

Featured in Extra Virginity: The Sublime and Scandalous World of Olive Oil by Tom Mueller